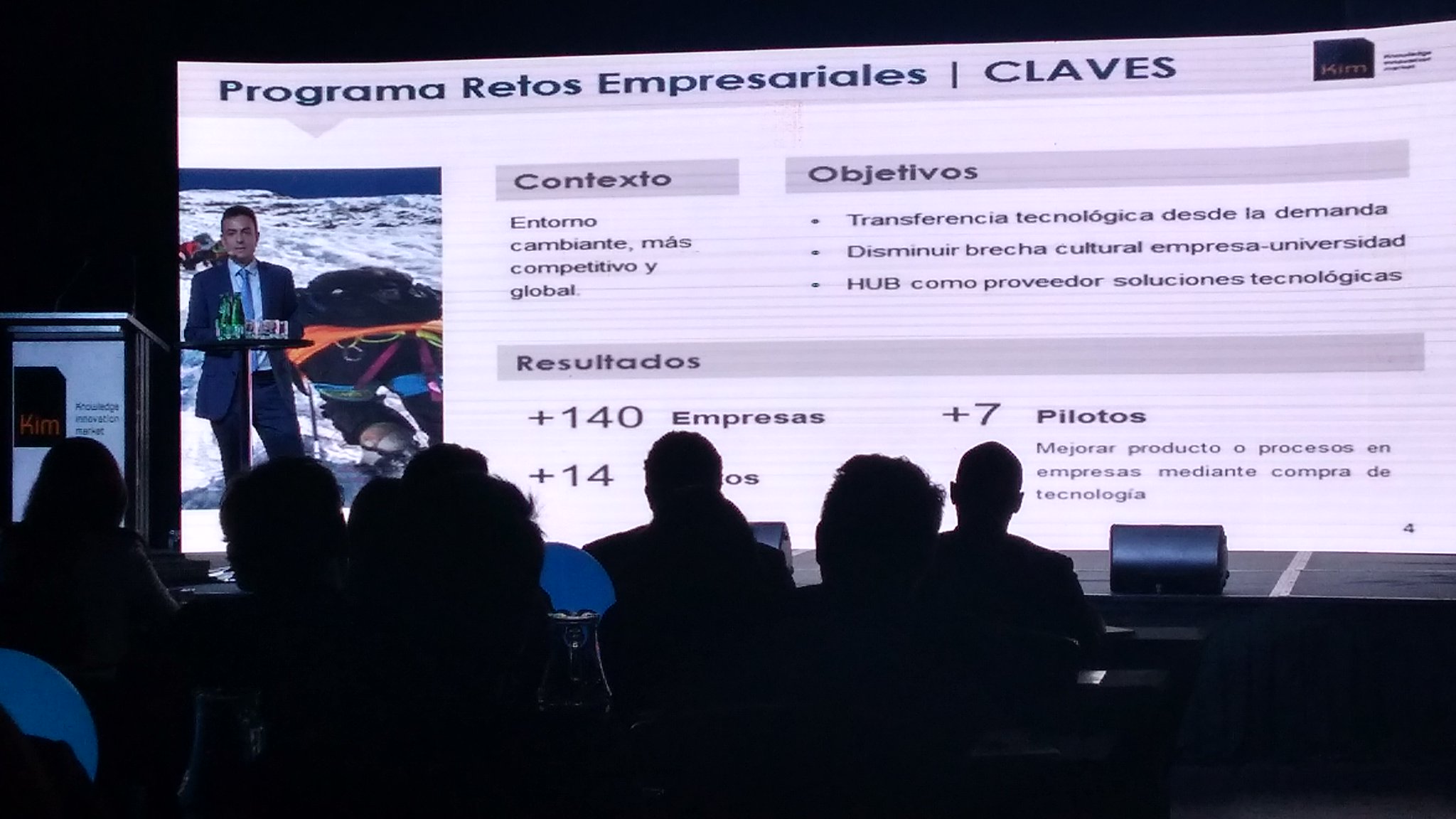 The HUB model on technology transfer was launched last year by the Chilean government (more specifically, the Corporación Andina de Fomento de la Produción, CORFO), with an approximate 20M€ investment for a period of 5 years. The initiative aims to build 3 organisational structures (named Hubs) specialised on innovation management and prototyping at national level. The 3 Hubs shall bring together a large part of the Chilean innovation ecosystem, including a total of 26 universities, 8 scientific & technological centres, 4 international centres of excellence, 3 investment funds, 7 trade associations and several key international partners, such as KIM (the entity I currently represent).

The most interesting aspect of this initiative is the fact of financially empowering “off-campus” teams to provide services to several universities. Such measure could potentially address many of the issues observed in university tech-transfer models in the past: setting the Spanish example, the named Oficinas de Transferencia de los Resultados de la Investigación (OTRIS) has evolved in most cases into a bids and funding management offices, rather than actual technology licencing offices, and have proved low results in terms of return of investment. One key reason for such failure lies on the fact that such offices were designed with small teams (1-2 person), while technology transfer requires larger teams in order to offer the required knowledge and skills in tech transfer (technical evaluation, market research, business development, intellectual property management, negotiation, legal, financial, marketing and communication among other). Thus, the creation of larger “off-campus” teams (7-15 people) that provide services simultaneously to several universities seems an excellent example of rationalisation of resources and optimisation of results. And to avoid any concerns on the potential disappearance of the OTRIS (named in Chile OTL – Office for Transfer and Licensing), the Chilean model has enabled that such OTLs form part of the Hub governance structure and a clear communication link with each university.

The APTA Hub is also pioneering in reversing the typical order in tech transfer to focus on the demand –side of technology, rather than the supply-side. In this same meeting, APTA has have launched the Chilean Business Challenge Programme (Programa de Retos Empresariales de Chile), which is designed and powered by KIM. This will focus on building a portfolio of industry needs working in collaboration with some of the most relevant trade associations in the country, in order to match existing and new technologies within the Hub and other knowledge generators worldwide.

It is yet early to evaluate results, however the initiative shows clear signs of an intelligent model to promote innovation, which builds on the principles of rationalising public resources and being a programme of national interest. We will follow it closely!