To provide a comparative overview on the ROI, specific data on 3 key R&D outcomes has been gathered for the top-10 most innovative economies according to the Global Innovation Index or GII (Cornell University, INSEAD, & WIPO, 2017), and compared to Spain. In particular, the following outputs has been selected: 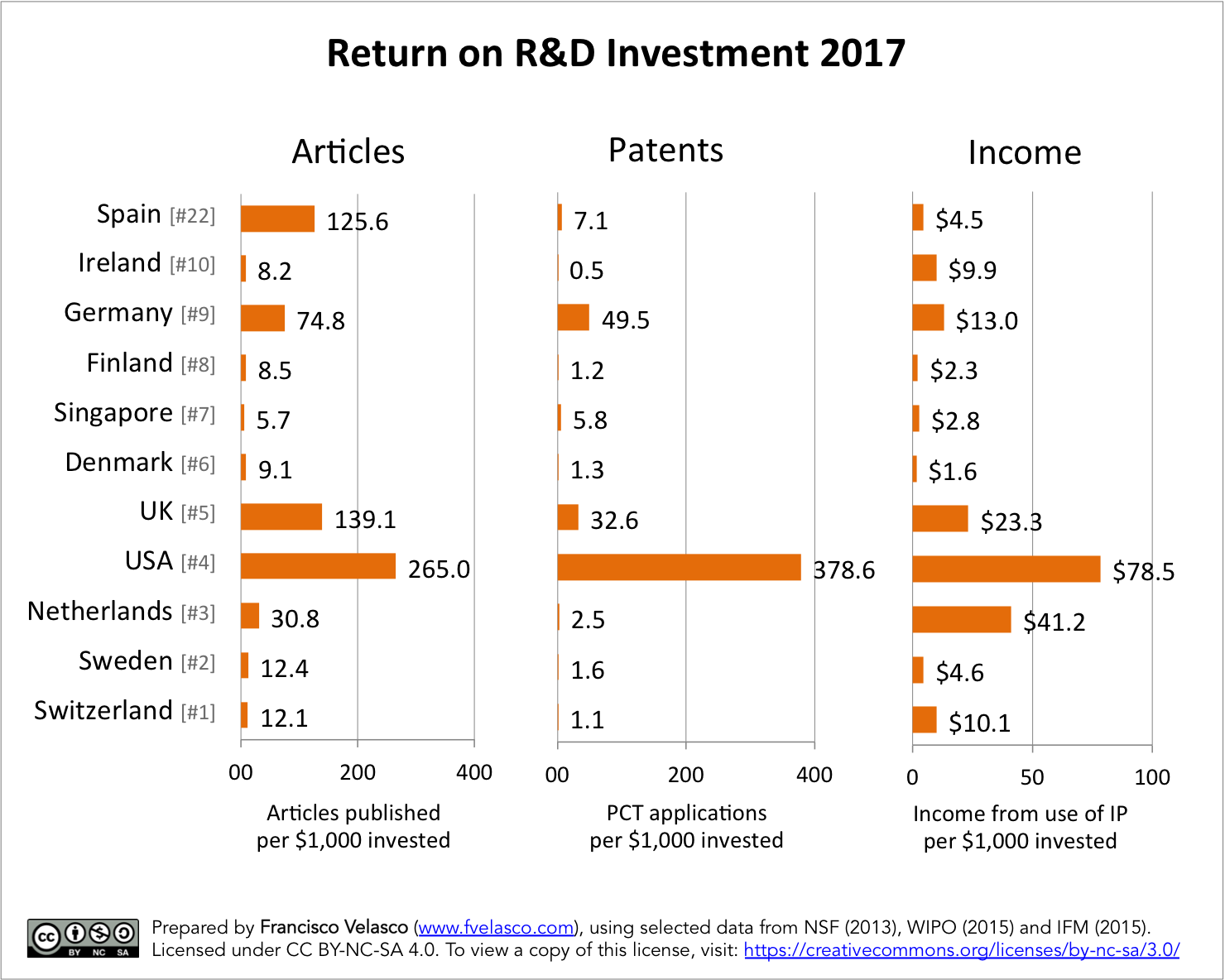